On Tuesday 20 May the Saltire Society announced the shortlist for the 2014 Housing Awards in the Urban Room.  Along with the announcement, Miranda Webster from Cameron Webster architects and Carol MacBain from Reiach and Hall architects presented on the design challenges of a one off house and large scale housing development.  Both are past Saltire winners.  The shortlist is now available on the Saltire Society website. 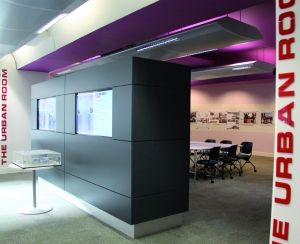 We’re delighted that Edinburgh schemes have made it through to this round of the awards.

The Council’s own 21st Century Homes for Edinburgh by Smith Scott Mullan, is on the shortlist, as are St Martin’s Church and housing by Ian Springford Architects and housing at Quartermile, Q10 by Richard Murphy Architects.   We’re looking forward to the results in July when we’ll exhibit the winning schemes in the Urban Room.  While we have our fingers crossed that the Edinburgh schemes will do well, the high standard of buildings on the shortlist means we are in good company which helps to raise the expectation for great quality new architecture in the city.

This entry was posted in News & updates and tagged Awards, Room, Saltire, Urban. Bookmark the permalink.

This site uses Akismet to reduce spam. Learn how your comment data is processed.